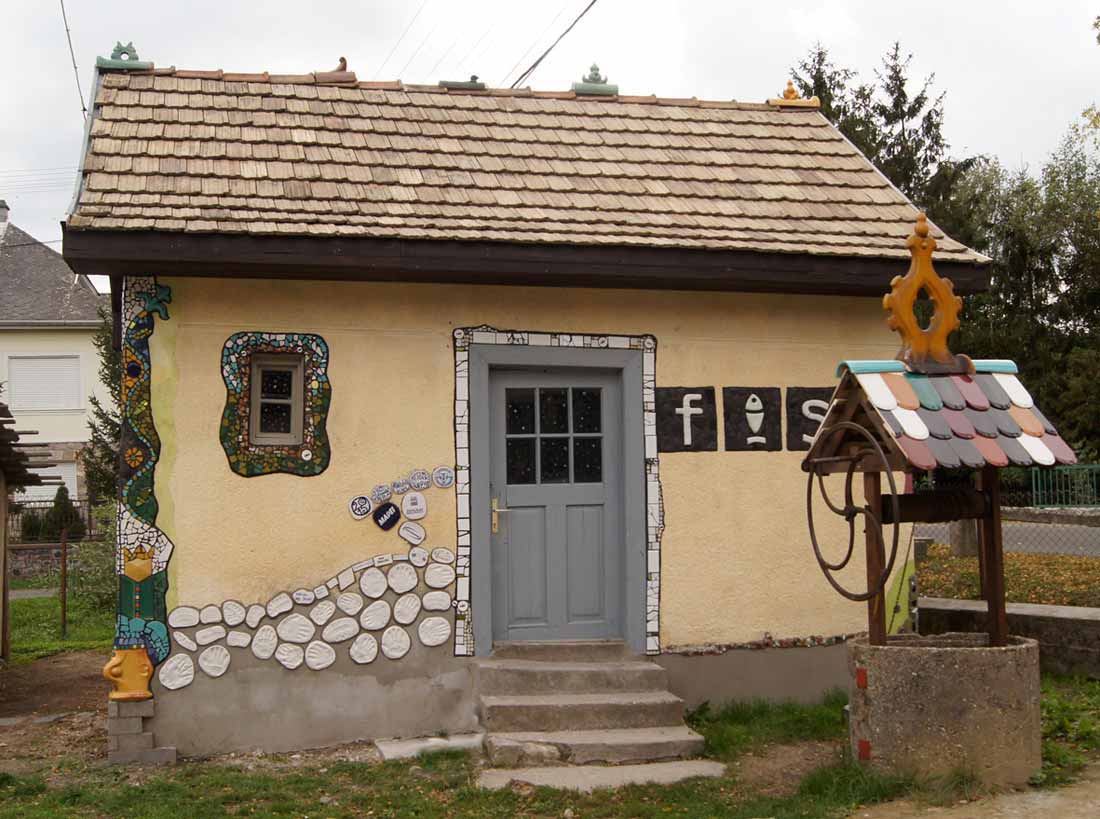 The Studio of the Association of Young Applied Artists’ Creative House in Mátranovák can be found at Szabadság út number 28. In the garden of the Art Studio a previously dilapidated out-building has been renovated and refurbished as the FISE Small Gallery with the help of the village community. Village residents made the roof, painted and fitted parts, and contributed what they could. The ceramics students of the Pécs University of Science Institute of Arts, Media, and Applied Arts Ceramics Department as their 2013 summer summer diploma work. Renovating the façade of the Gallery became a minor miracle, a real artwork, one of the things worth seeing in the village: colourful letters were conjured to tell a unique story, a ceramic relief work and mosaic installation to give the building a new life, fine mortar in bright hues repairing crumbling parts of the wall.

The reshaping of the building’s façade was a joint artistic work by the PTE students, which took place in the context of their summer diploma work. They wrote their diploma dissertations subsequently having taken part in work in which they learned an enormous amount about materials, about porcelain, clay firing, pointing, finishing off architectural ceramic, about manual work, and in parallel with this about art in general as an element in building communities. The local residents also took part in the preparation and sharing out of the work. This is how summer diploma work for university students and the work by local residents became a genuine communal project – through this locals didn’t just passively “receive” the creation, but contributed with their own work making it realy theire too The joint efforts of the ‘outsider’ students and the local residents gave form to the FISE Small Gallery – the pride of Mátranovák.

One interesting point about the project is that two qualifying-practice participants, Bence Boleman and Andrea Hári, later became instructors at KözTér18.